Welcome to PAF GDP Test Preparation Form. Candidates who applied for GDP course have to take an online test on a computer. They have to attempt three types of tests. The complete test pattern is given below.

Here we will provide PAF Test Syllabus for GDP Test, and PAF GDP Test Pattern.  Here we discuss in detail about PAF Online Test For GDP. We Recommend preparing according to the PAF Test pattern as per GDP Test Syllabus.

Must Read the full article for a complete Test Guide. Here at the end of this article, an online test is given for practice. Try to attempt all tests. A candidate must have to score 80% or above to succeed in the PAF GDP Test.

For registration visit the official website of the Pakistan Air Force

The GDP Test pattern is similar to other PAF Test patterns. The only difference is in the syllabus for the GDP test.

PAF Initial Test For GDP is based on the given above pattern. A candidate must have to pass all three stages of the test. If he fails at any stage then he will not be able to attempt further tests. 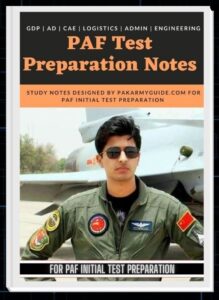 Note:- For this PDF GDP Initial Test a candidate must have basic knowledge about computer use.

GDP Test Syllabus is similar to other PAF Tests the only change is in Academic Portion. In this Test A candidate have  also to prepare Academic Portion with Given Subjects ( Physics & English ). Follow given bellow Syllabus for GDP Initial test preparation.

Given Tests are in a sequence as

In this test, a candidate has to solve 85-90 MCQs in 30 minutes. Minimum 33% passing marks required to start next session of Non-Verbal Intelligence Test. Here in this article, we upload a verbal intelligence tests for online practice and this is free for all candidates.

This test also contains 85-90 MCQs to solve within 30 minutes. A candidate has to try to solve maximum questions in a given time.

Here in this article, we upload non-verbal intelligence test for GDP.

Academic Test For PAF GDP is contained on 50 MCQs and the time allowed to solve this portion is only 25 minutes.

For practice solve the given below AFNS GDP Academic Tests. 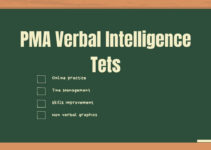 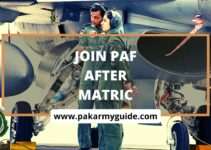