The most famous way to join Army medical college (AMC) and CMH Lahore Medical College through Medical cadet Course. Registration For Medical Cadets Test for MBBS/BDS Courses. The regular commission in the PAK Army for F. Sc (Pre-Medical) Candidates. The selection procedure for Medical Cadets Course is the same as the PMA Long Course.

There are three ways to get admission in Army Medical College AMC.

These will be preliminary tests such as  Initial Written Test, Intelligence Test, Initial Medical and Physical Test Personality Test.

Above mentioned tests are held at nearest AS&RCs.

If a candidate will succeed in an intelligence test than he will be able to start the Academic Test. 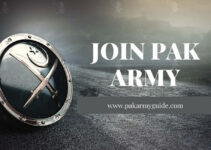