Armed Forces Pakistan consist of four main service branches. The details of branches and their career opportunities are discussed below.

The main service branches of Pakistan’s military forces are four.

Strategic Plans Division Force is also the main part of Pakistan’s military forces. Strategic Plans Division Force (SPD Force) is a Pakistani agency. The role of SPD is to protect Nuclear weapons & they fully responsible for the protection of these weapons and also the strategic assets of the country. It is the security branch of the Pakistani National command authority.

Complete joining Procedure for all branches through commissioned officer courses is given below. Focus on field related to your selected branch for joining instruction and selection procedure.

Inter-Services Selection Board ISSB Test will be the same for all commission course. But the initial test and procedure are different for each branch. And also Joining criteria vary for different courses.

The PAK Army commissioned ranks are modified and patterned on the British Army’s officer ranks system. There are many paths available for becoming a commissioned officer in the Pakistan Army. Initial Criteria and required Qualification (graduation) from the Pakistan Military Academy in Kakul.

Joining Cadet Colleges and the Officer Candidate Schools a way to join the Army with full instructions and qualifications. The Pakistan Army branches are given below.

To become an officer in the Pakistan Army, a four-year college degree is required. After Intermediate you can join the Army as a commissioned officer. ISSB recommended candidates have to spend two years at the Pakistan Military Academy.

Here they are trained as an officer. They have done both military training and academic work. The selection of the officer candidates is highly competitive. Different courses registration repeats twice in the year. In a simple way, you can Register for Pak army officers courses.

To Join Pakistan Army as a commission officer following procedure and eligibility criteria will be necessary. PAK Army offers these courses through which you can apply for a commission.

The Pakistan Air Force Academy (PAF) is a military academy That provides education to officers candidates. After completing their equation and training period these candidates join Pakistan Air Force. The ISSB recommended and final selected candidate sent to PAF Academy for flying training. Academy located in the Nowshera District of the KPK. The following courses are offers twice a year by Pakistan Air Force.

Pakistan Air Force Academy consists of five components.  These are the Constituent units of PAF.

You can Register in given below branches of Pakistan Navy to become a commissioned officer in Pakistan navy.

Our JoinPakArmy Guide Team will answer your questions. Our Team Guides you about the joining procedure & any other related issue of Pakistan Armed Forces. After successful joining, initial and ISSB test complete Guideline and Syllabus with important practice Papers is also available. 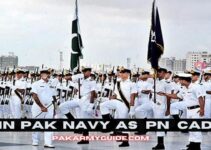